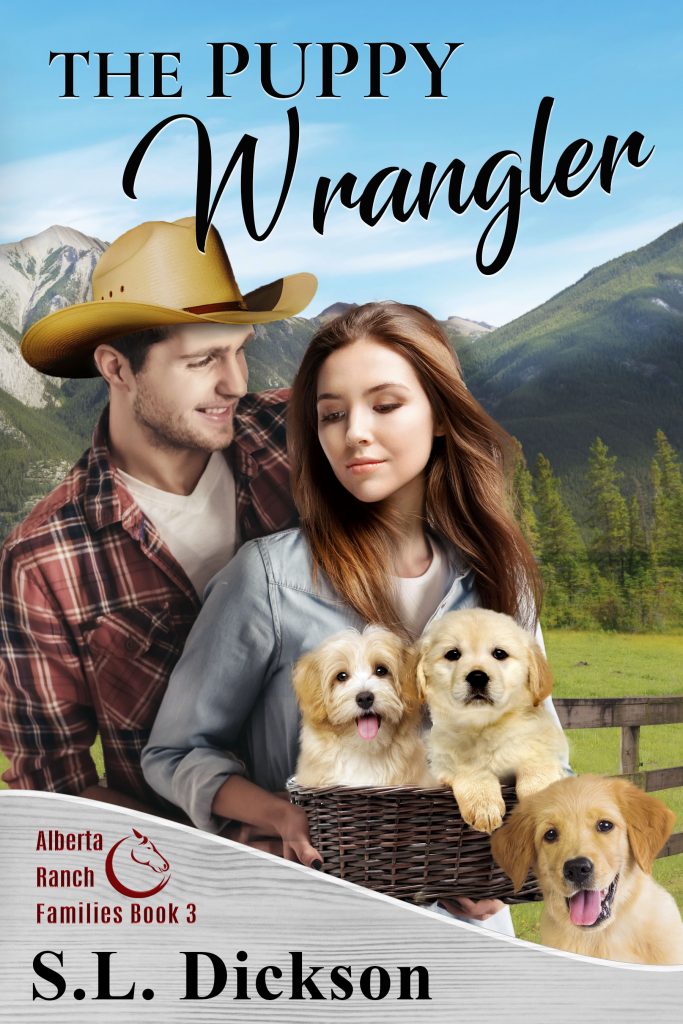 An April Fool’s joke has gone too far when ranch Foreman, Todd Boyd, discovers thirteen puppies using his home as a playground. Ruined dinner plans with beautiful Josie McLean are the least of his problems when the dogs turn his life completely upside down. After Todd is threatened and blamed for killing his past girlfriend, the RCMP get involved, and then his pups are stolen and a bullet sends him to the hospital.

Josie finds it difficult to let her first love go. Wanting to move forward, she helps Todd with his dream to become a service dog trainer. Despite her feelings for Todd, she’s unable to cope with the past repeating itself and leaves the ranch knowing that she may be in danger.

Will their past tragedies forever push them apart? Or will they join forces and work together to solve a mystery and build a future together?